Broadening Your Brand’s Reach with a Social Media Influencer Campaign

In the early twentieth century, vaudeville and silent film star Roscoe “Fatty” Arbuckle was at the top of his game. A predecessor and mentor to Charlie Chaplin, Buster Keaton, and Bob Hope, Arbuckle’s influence on stage and screen was palpable. It’s this influence that the Turkish cigarette brand Murad hoped to capitalize on when they hired Arbuckle to promote their product in print in 1905.

Showcasing influencers in marketing is nothing new. Santa Claus has been selling you Coca-Cola for nearly a century. Steven Spielberg’s “E.T.” peddled Reese’s Pieces in 1982… right around the time that Tom Cruise made Ray-Ban sunglasses a must-have accessory in both “Top Gun” and “Risky Business.”

So what’s changed in the last decade? Well, marketing firms are tapping into a new (and less expensive) type of celebrity: the Social Media Influencer. These are individuals who have built a robust following online—we’re talking millions of devoted followers—but don’t come with a Tom Cruise price tag. If they’re carrying a Coach clutch, or wearing a certain watch, or drinking a new kombucha, their followers take notice, translating to direct sales for the brand behind the curtain.

In 2017, Brand Poets conducted a social media influencer campaign for our client Boca Terry, a luxury bathrobe manufacturer with a range of wholesale clients around the globe. In an effort to expand Boca Terry’s retail business, improve brand awareness among everyday consumers, and obtain more followers on Boca Terry’s social media accounts, Brand Poets turned to 11 strategically selected influencers with vibrant personalities and the numbers to prove it. Here’s what we learned in the process:

Is a social media influencer campaign the right move for every brand? Of course not. But it’s also imprudent to dismiss their impact or to claim that their influence is limited to handbags and sodas. In some markets, these internet trendsetters are outperforming television commercials, radio ads, and print ads in terms of direct sales. So, if these social media influencers deserve anything after this impressive initial run, it’s our close attention. 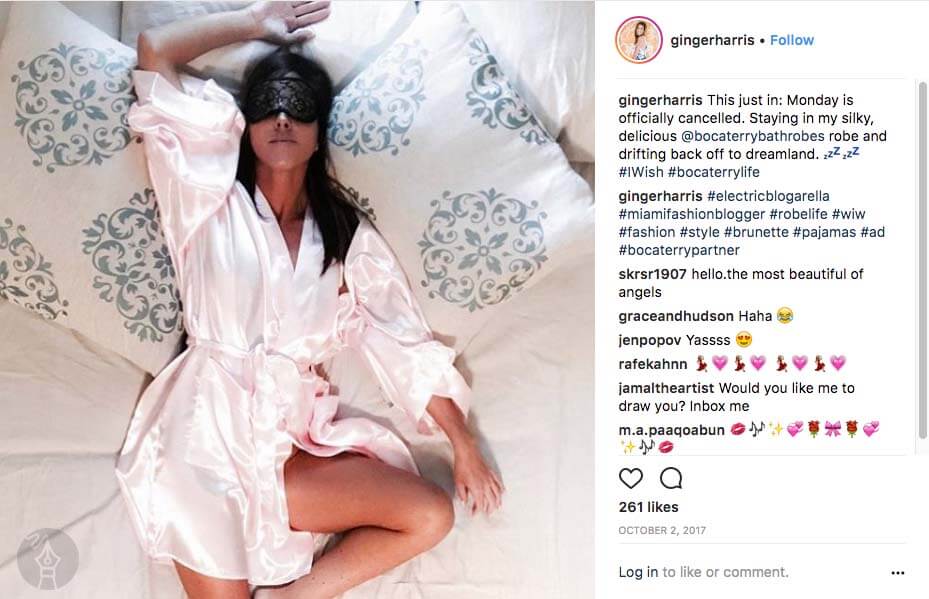