Last October, at the inaugural Forces of Fashion conference hosted by Vogue magazine, celebrity designer Marc Jacobs discussed his frustration with the social media app Instagram and his reason for barring the use of devices at his February 2017 fashion show.

“I was frustrated that you were offering a live experience that you worked on for months,” Jacobs said, “only to have everybody holding up an iPad or a phone and not actually looking at the models as they walked down the runway or not actually experiencing something live.”

And while there’s something nostalgic about Jacobs’ vision—an audience sans phones, no one craning their necks downward to tweak their photos and hashtag their comments—banning devices at live events is not very fashion-forward. After all, the millions of people who are not invited or privileged to attend these fashion shows in person are doing so through the app, which affords them the option to experience it “live.”

Famed designer duo Mark Badgley and James Mischka took a vastly different approach: Rather than fighting the trend, they welcomed it wholeheartedly and launched the free Badgley Mischka Runway app in February of 2018, which “allows you to take photos and record videos during [their] runway show while being able to get information and cast a vote on each look. Your ‘likes’ and ‘loves’ are shared with the designers backstage and audience on site in real time.”

What Jacobs saw as a flawed and unfortunate trend, Badgley Mischka embraced as a rare and wonderful opportunity: obtain invaluable, split-second feedback from the fans and fashion community at large. In mere seconds, learn what works and what doesn’t. This focus group was not tucked away in some marketing research center conference room; it was at New York Fashion Week, on one of the most powerful and prominent fashion stages in the world.

For too long, many luxury brands have turned a blind eye to social media, refusing to market there because (in their estimation) luxury consumers don’t shop online. But that’s simply not true. According to Kering CEO Francois-Henri Pinault, as of July 2017, Gucci was “selling 50 percent of all sales” to millennials. Thanks to Italian creative director Alessandro Michele, Gucci has reinvented itself as a luxury brand. Michele sacrificed outdated concepts, made Gucci’s “GG” logo more prominent, and even brought in a graffiti artist to add his flair to the fall collection. The goal was not to alienate its loyal fan base; Michele simply opened the door to a range of new customers between the ages of 25 and 35.

What Alessandro Michele and Badgley Mischka seem to understand better than their contemporaries is that luxury is evolving, and that means that brands and marketing must evolve as well. It means that social media will undoubtedly play a part in the future of luxury—because real-time feedback on a global scale is an advantage that cannot be ignored.

The thought of a no-devices fashion show is certainly idyllic, but it’s also alienating. It focuses on the small picture (the live event) as opposed to the big picture: what technology and millennials are bringing to the table. 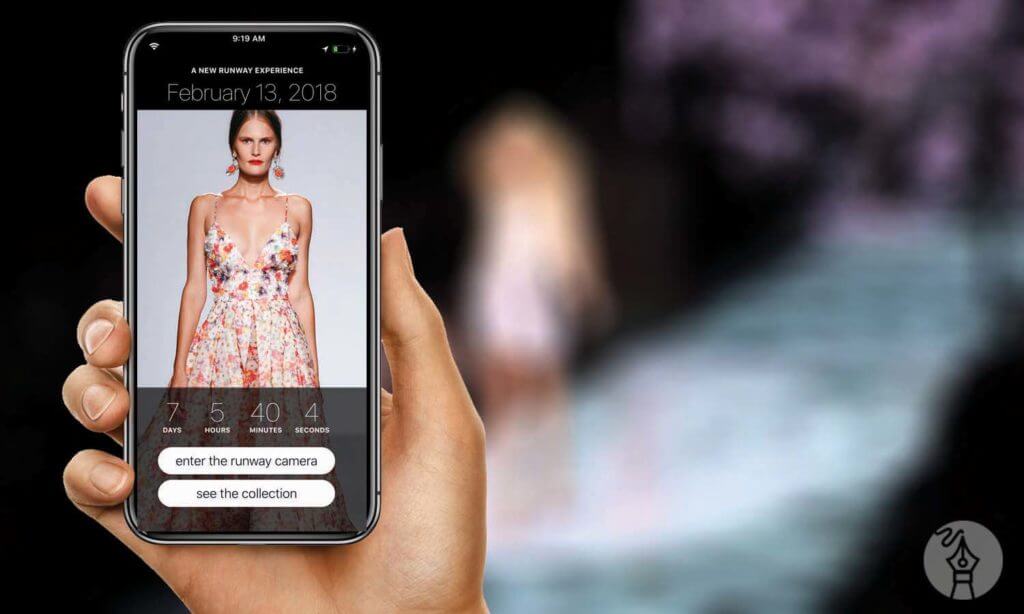